Another good reason to love Joe Root. A great cricketer and now a great ambassador for humanity.

During a tense moment of the match, West Indies bowler Shannon Gabriel asks Joe Root, “Why are you smiling? Do you like boys?”

Joe Root retorts, “Don’t use it as an insult. There’s nothing wrong with being gay.”

You’ve just got to love what Joe said in response.

Gabriel’s comments landed him a four-match ban and fined 75% of his pay for the match.

Afterwards, in a statement, Gabriel said, “I know now that it was offensive and for that, I am deeply sorry… To my team-mates and members of the England team, especially their captain Joe Root, I extend an unreserved apology for a comment which in the context of on-the-field rivalry, I assumed was inoffensive sporting banter.”

All this reminds me of a time in the early 2000s when I was training a young woman, and whenever she got frustrated or thought something didn’t work very well, she would say, “That’s so gay.”

It really rankled me, but she kept on saying it. So eventually I had to say something about how I didn’t like her using that word in that manner. Her response was ok, and she understood, but she did say that she had gay friends who used it.

Perhaps it’s just me, being an older gay, not liking the way the youngsters used the term. But associating the word gay with bad things is a retrograde step in my opinion. Gay does not mean bad, or faulty, or crap. Being gay means being human and having the same rights as every other human in the UK. 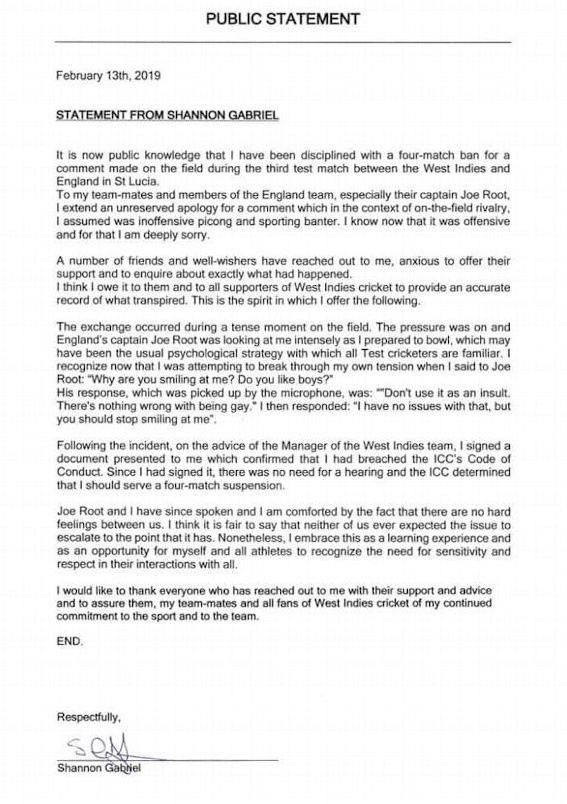