I like to include the occasional picture of guys who have shown everything on television or film, and this guy really drew my attention. You all know I’m not a fan of tattoos, but there is something mesmerising about Jan and his covered body. His cock isn’t the biggest but that doesn’t matter, I’m sure it does what it needs to. I do find him strangely beautiful. This picture is a promo pic from his appearance on Adam sucht Eva, the German version of the reality show.

Jan has a great tagline on his Instagram account “If only our eyes saw souls instead of bodies, how very different our ideals of beauty would be.” 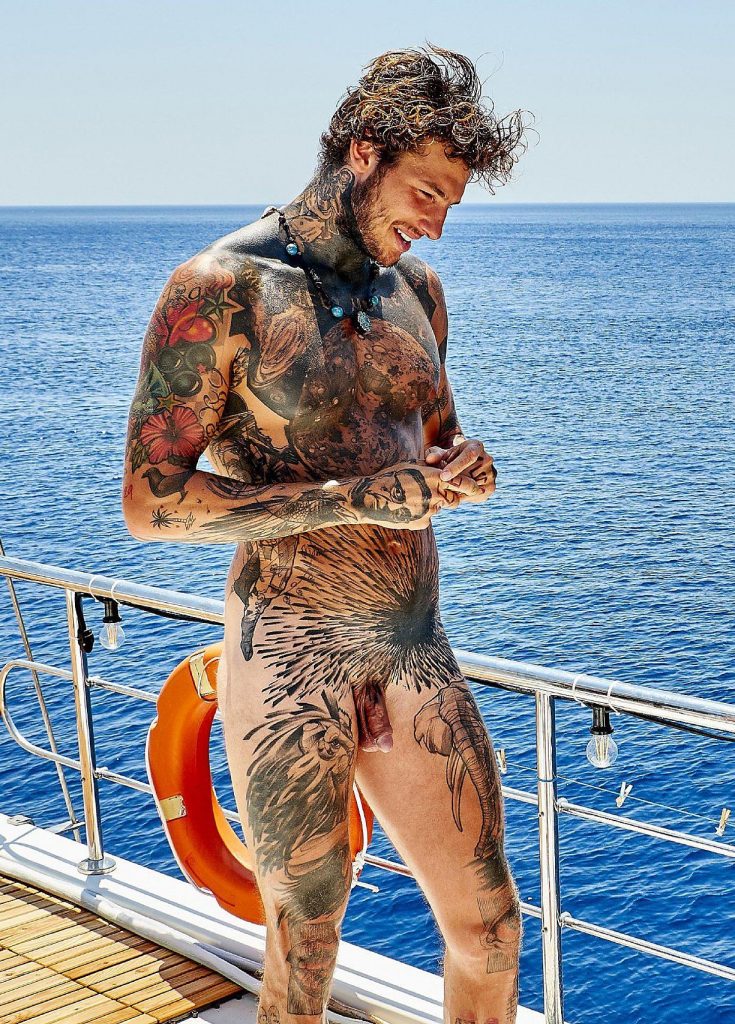