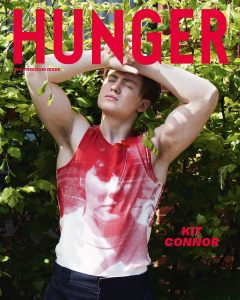 It is very disappointing that a young man has felt forced to reveal his sexuality rather than choose when, how, or even if he reveals it on his own terms. Why he feels he was forced out isn’t clear, but he has suffered intense speculation and claims of “Queerbaiting” after appearing in the acclaimed series “Heartstopper”, where he plays a bisexual character. Kit has also spoken about social media pressuring people to come out. I’m all for actors coming out and leading the way in promoting acceptance, but no one should feel forced or obligated to come out. I know we all want positive role models and if you are a teen coming to terms with your sexuality, it’s self affirming when you see actors of a similar age coming out and proving that you can be LGBTQI+ and be successful, and more importantly, happy with who you are.

Back in September, Kit quit Twitter, but he came back at the end of October for a singular, saddening tweet.

If you’re not straight, you are expected to “come out”. Why? I know the world has changed since I came out, but we still have a long way to go where not being straight is not seen as being something different.

If anyone wants to declare their sexuality, let them do it how they wish. We shouldn’t expect or demand to know someone’s sexuality just because they are in the public eye. (There are some notable exceptions, such as a male politician who promotes “traditional family values” and then sleeps with men.)

Perhaps we have a responsibility in this. Maybe we should not engage in idle gossip and speculation of actors’ sexualities. It’s got nothing to do with us.