The difference between naked boys and naked girls
by Holly Baxter

There no denying there are double standards when it comes to nudity, but both sexes need liberating from social oppression. 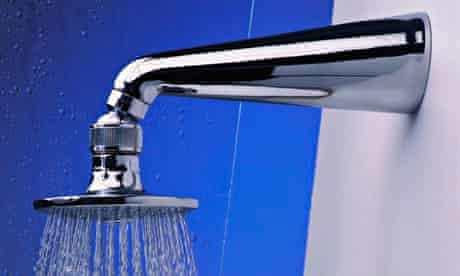 An article in the US magazine the Atlantic this week described one man’s childhood horror of boys’ open changing rooms and naked school swimming lessons. It felt like an injustice, he said, compared with the privacy that the girls were afforded – and this sense of injustice was only compounded in later life by public medical examinations in the army and extensive training on preserving a patient’s modesty in medical school, which mysteriously left out the needs of men. The message was clear throughout his life, says the author: women get toilet and changing cubicles, gowns at the doctors’ surgery and separate examination rooms. Men get told: man up, pants down.

It is a serious issue, and one that shouldn’t be swept under the carpet with the vague protest that women have to “put up with more”. The dreaded charade of undressing in front of your peers of the same sex is something most of us will have encountered at some point, whether in school or that one time you pledged to do “a year of rigorous exercise” and then went to the gym for a single 20-minute workout. It’s true that women do enjoy facilities catering for modesty a lot more often than their male counterparts. But it would be doing us all a disservice to forget to ask why.

One of the reasons for the difference is that age-old expectation of feminine modesty. Women’s bodies are covered so much more because they are generally considered a lot more sexual than men’s bodies. Most incidences of female nudity in mainstream film will be sexual, while most instances of male nudity are comedic. Think the perpetually naked Hodor in Game of Thrones, or the schoolgirls in Love Actually giggling at pictures of naked men while Andrew Lincoln’s character protests feebly, “Actually, they’re not funny – they’re art.” It’s heavily implied that the joke is on him.

Until very recently, however, Hollywood was pretending that women who weren’t a certain sexy stereotype didn’t exist at all, lest it ruin the delicate constitutions of the audience forever. Variety in female nudity remains a ridiculously revolutionary concept: you only have to glance at the international news coverage concerning American Apparel’s new 62-year-old underwear model, Jacky O’Shaughnessy, or the rage accompanying Lena Dunham’s regular baring of “imperfect” breasts to realise just how unusual it really is – even dangerous.

And yet there is something even more dangerous than a 62-year-old woman proclaiming that “sexy has no expiry date” on a billboard: the humble boner. We all know they’re there, we are reminded of its existence daily by the spreadeagled “barely legal” models on the covers of certain magazines and such quality literature as the Buzzfeed “definitive ranking of boners from worst to best”. And yet, film and TV classification systems have always assiduously protected the erect penis, routinely categorising it as “obscene” while vaginas often, er, slip through the net. What is it that makes us balk most of all at a willy that’s being used quite naturally for sex rather than an elaborate comedy routine? When 50% of the population have them, what’s the big deal?

Among all this politicised discussion about what happens when people forgo their clothes, we often forget that the right to bare your body should go hand-in-hand with the right to cover it up. It’s clear that if we ever hope to have a sensible discussion about naked bodies, the playing field needs to be levelled for both sexes. Men need changing room partitions and a more sensitive approach to medical examinations. Women’s bodies need to be less policed by that tiresome Madonna/whore dichotomy that demands the hyper-sexualisation of curvy twentysomethings and extreme modesty from everybody else.

Meanwhile, if we could see some boners and stop calling vaginas frou-frous, then we’ll probably make some progress. I have more than one friend who genuinely confided during puberty that they’d become afraid to look down in the shower. For me, this represents the biggest social oppression: being told that your body is monstrous, rather than the most useful tool you’ll ever own. Man or woman, that’s the kind of thinking we need to do away with, as soon as humanly possible.